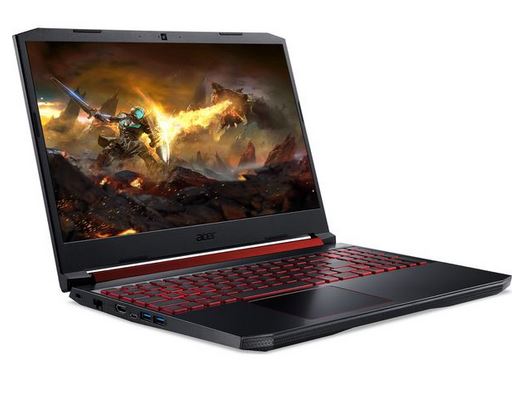 With many people using their laptops and PCs more now we are all stuck inside, some of us are starting to realise how outdated they are. With video game launches still going strong and some top graphically demanding games like Doom Eternal and Half Life Alyx being released recently, or you just want more frames on Call of Duty Warzone, or Apex Legends you might have decided enough is enough. Well the Chomping Turtle has scoured Currys PC World to find some not so hidden gems below £1000 in the gaming laptop space. The Acer Nitro 5 series of laptops

This post is not sponsored by Currys PC World, however it features affiliate links which mean if you click through onto the product and buy it will give us a small commission at no extra cost to you. So thank you.

This laptop has been around in various forms for a while now. It has got a solid processor in the AMD Ryzen 5 3550H, and you get an SSD for the OS and then 1tb to store you games. The build quality wont blow you away, but it looks nice if you are into the “gamer” look. It has solid I/O with full HDMI so you can plug it into a TV, 3 USB type A ports and 1 USB C and a backlit keyboard.

The RX560X will plough through eSports titles like Fortnite (apparently at over 100FPS), Overwatch and CSGO. However you will have to lower some settings to play Doom Eternal etc.

Its a solid cheap gaming laptop and you get an IPS display, which is a nice addition at this price point. Being an Acer its upgradable to 16GB RAM pretty easily too which I would recommend as the 8GB will be shared between the GPU and the main memory. Plus you currently get 6 months free Spotify Premium from Currys PC World which is worth £60….

However before you buy…………

So what do you get for your £200 upgrade? Quite a lot actually. If you can afford it this is the Acer Nitro 5 to go for. It offers the best balance of price and performance. Its GPU the Nvidia GTX 1660Ti only came out last year and its all you will need for 1080p gaming. You will get well over 60FPS on nearly every game, with even the latest games like Doom Eternal being comfortably ran on high. The GTX 1660Ti is multiple generations better than the RX560X and will last you for a good few years yet.

That Core i5-9300H is a hex core processor and it is powerful, so will get through everyday tasks all day everyday. It even has an adequate webcam.

The IPS screen is still only 60HZ but Linus Tech Tips managed to overclock it to 90Hz, but your mileage will vary. All the other things I said about the Ryzen model still count, I would still get 16GB RAM and you still have great I/O so can plug it into a TV and have plenty of USBs. I’m not huge on the red keys but you might like them, and “gamer” look fans will like it.

For £899 this is a bargain, so I would get this over over the £669 model if you can afford it as you get so much more. But if you just play eSports games, maybe you can skip it. If you want to keep an i5 but cannot push for the 1660Ti there is a model with an older 1050 but it is the 3GB model which will only do eSports games.

Again you also currently get the 6 months of Spotify Premium. Hope that helps someone.