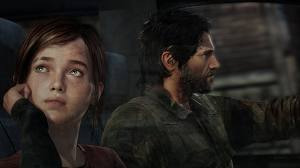 With the imminent release of the PlayStation 4 and XBox One there is no better time to buy a PS3. Really? Oh yes.

The PS4 retails for £399 with a game (Killzone Shadow Fall), and the Xbox One £459 (with COD Ghosts). With either console you can knock £40 odd off and get the console by its self, and in the case of the PS4 play some good free to play games like Blacklight Retribution.

But none of the exclusive launch titles are Triple A titles, and games like Ghosts, FIFA, Assassins Creed 4 you can get on the current gen, never mind being much cheaper on PC.  So what else can you get for your money this pre Christmas?  Well how about the other console you didn’t have from this generation? For me a 360 owner since near launch, I recently traded it in for a PS3, and haven’t been happier!

I did a straight swap money wise for my XBox and games for a 500GB Super Slim PS3, and let me go through my reasoning.

PlayStation Plus. Wow what a service. After years of paying for XBox Live, when I heard of PS Plus I was intrigued, especially seeing some of the incredible games on the service each month. However when Microsoft announced they were going to give two games a month I was excited, until I started getting the games. 3-5 year old games I could pick up for 99p at CEX, Game, or online it felt like a kick in the teeth, especially as I had nearly 10 years of XBox Live. 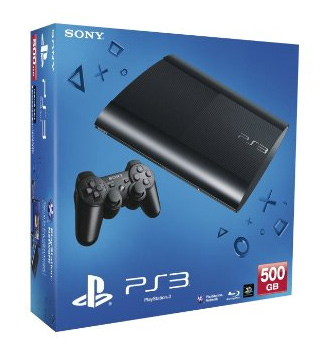 s £7 for 90 days. In less than a month, as I was in the cross over last week of a PS Plus month, I have received the following games for free…

That is more games that I can play right now! With some seriously good, and recent, titles. Uncharted 3, and Far Cry 3 are superbly rated games, and Remember Me I am having a lot of fun with.  However there is more, if you didn’t know PS Plus is one service for PS3, PS Vita, PSP and as of November the PS4. Using the Sony Entertainment Network website you can “purchased” the games for consoles you don’t own, for free, and if you ever buy one in the future, you will have the games ready to download (You cant buy games that have gone after the month, so “buy” straight away). So this means you can get Vita (which is becoming much more relevant, and at a decent price now) and soon PlayStation 4 games even though I dont have one yet. The North American PS Plus service is getting 2 PS4 games this month, which I imagine Europe will get in December.

As it stands I have got some great PS Vita titles for my currently non existent Vita, including Street Fighter vs Tekken and Uncharted Golden Abyss.

Sony promises 1 PS4 game a month and 2 PS3 games. If I wait a year for the inevitable price drop of the PS4, and some genuinely great games to be released, I will already have a back catalog of at least 10 games ready to play. Not bad!

Because of the new consoles there are some pre owned and new bargains to be had on the current gen. The PS3 recently has had some of the best exclusives of this generation and they can be had for silly money. The Last of Us (Metacritic 95) is available from Blockbuster for

£16 using a £5 off £15 spend voucher, or £21 on Amazon. Universally acclaimed as one of the best games of this generation, there is no game on the next gen which comes close.

Uncharted 3 can be had for Free with PlayStation Plus. I also picked up Gran Turismo 5 Academy Edition for £5, which I have been impressed with. I used to be a Forza fan since number one, but FM3 I never got into like I thought I would. I did enjoy it a lot but it was too similar, as was FM4. Hence why GT5 feels fresh to me, even if it probably wouldn’t if you has play GT4 / GT5 Prologue to death.  GT6 is out next month but at £5 you cant go wrong with Academy edition and all its DLC.

Other games, well I got Little Big Planet 2 for £3 on Ebay which is really fun in coop. Killzone 3 can also be had for £4 in CEX, although I have too many games right now and that price is only going down.

By now you get the picture. Even if you buy a brand new 500GB Super Slim for £220 (with Last of Us and Beyond Two Souls), you only have to spend maximum £30 on a years PS Plus, and you will have a minimum of 20 games for the PS3, while also building up your collection of PS4/PS Vita games for the future. In that year you will probably grab some bargains like I did, be extremely happy gaming some of the best games of the past few years that you wouldn’t of played.  If like me you buy the PS Plus in 90 packs it means you can have a break (although you cant play your PS Plus games if your subscription runs out) and resume afterwards with your full collection.

Oh and don’t forget its also a Blu Ray player, something I would never of bought, but is nice to have.

Updated. Just Google PS3 updates. They are so slow, and take forever. Whats worse is you download a game like Uncharted 3 at 38GB, and then you have to wait 45min for it to install, slow but fair enough, but then you start the game and it requires 1GB more of updates, which once slowly downloaded have to be installed. Surely if you are downloading from the Sony server it should be pre patched.

I’ve never been a fan of the PS3 pad, an the PS4 pad is much nicer in the had. Rumours are you can use the PS4 pad on the PS3, which I might treat myself to if turns out to be true.

With Sony continuing support with big name titles like Gran Turismo 6 coming out soon, and PlayStation Plus service expanding there is never a better time to buy a PS3, especially if you are considering buying a PS4 at some point. With the new consoles out, the current gen prices will bottom out to silly money. With that back catalog of exclusive games to get through, and great new games that aren’t exclusive to the PS4/XB1 like Assassins Creed 4, Watch Dogs etc. there is every reason to jump aboard and see what you have been missing out on. I’m glad I did.